Oxford Hotels & Resorts is an award-winning full service hotel management company with a long established track record in the ownership and management of large-scale hotels, resorts and conference centers throughout the United States. This portfolio experience includes a growing collection of independent lifestyle hospitality brands as well as properties affiliated with major international chains such as Hilton, Marriott, Hyatt, IHG and Choice.

Essex on the Park Apartments

The Inn at Union Square

For larger group bookings contact us by clicking the link below:

Oxford Hotels & Resorts By The Numbers

At Oxford Hotels and Resorts, LLC we offer all full spectrum of hotel management and related professional services. Our team has extensive experience in understanding the complexity of the hospitality industry and we have become a proven leader in hotel management. Whether it be website development, strategic relationship building or team training Oxford has the resources to help you reach your goals. Click here to learn more about our services and how we can help take your current or future properties to new heights.

Choose a proven leader in hotel management and experience the power of p3.
Contact us today to learn more on how our services can help make your current or future property successful.

Our team has extensive experience in understanding the complexity of the hospitality industry. If you are a current owner or potential investor, we can tailor our services from our combined decades of experience to make sure you reach your goals.

Our p3 (p-cubed) philosophy drives results by compounding exponentially the power of people, performance and profit. 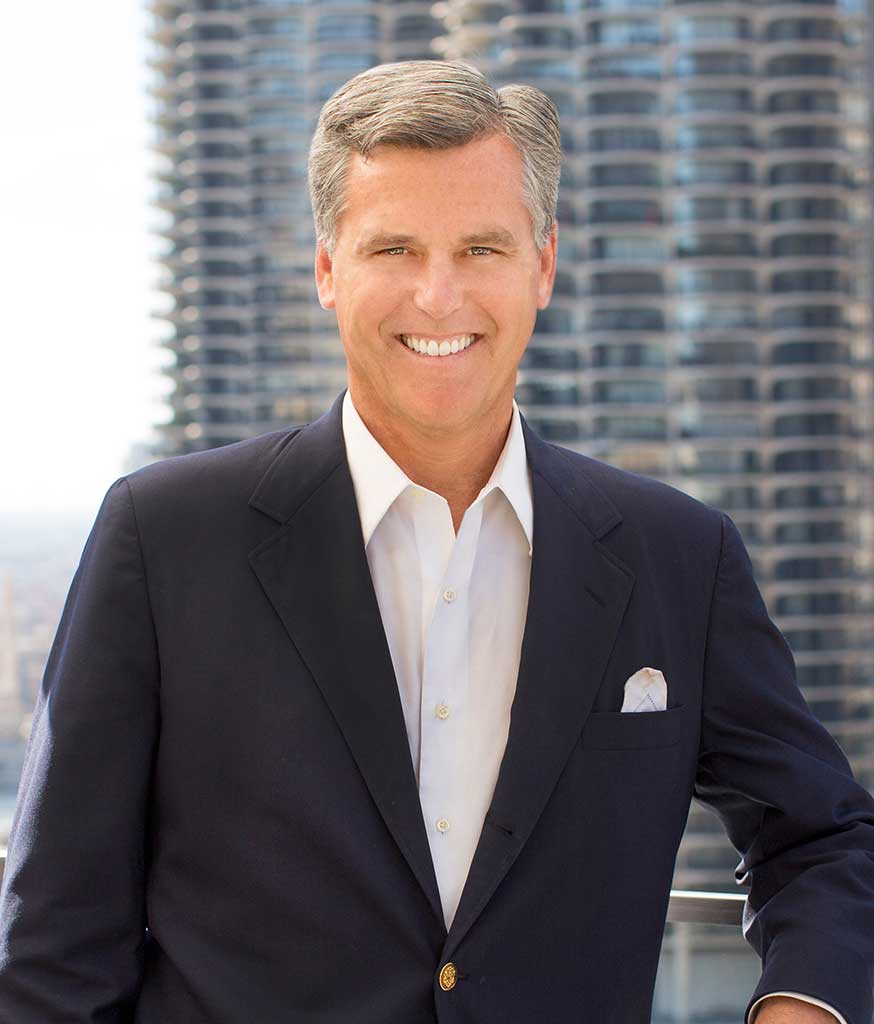 Oxford Hotels & Resorts prides itself on being an agile sponsor, a disciplined investor, a savvy operator, a creative developer and a sophisticated financier with a “challenger brand” mentality. It marries the highest ethical standards with entrepreneurial creativity, dynamism and energy along with rigorous, data-driven analysis, thorough research and an institutional level of educational attainment.

Our goal as investors and hoteliers is to try to distill the alchemy of a building’s unique history, location, architecture, and design with a host of distinctive amenities into what matters the most in any hotel – creating warm, inviting, and special environments that visitors and locals can enjoy. Ultimately, it’s about giving the hotel a genuine soul that makes it feel like a home away from home. 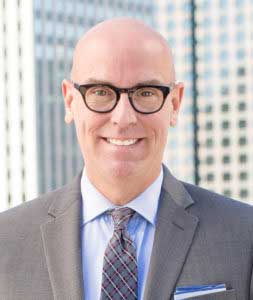 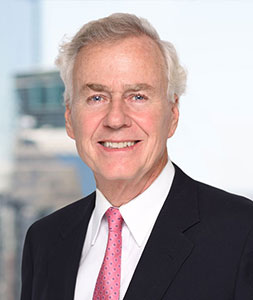 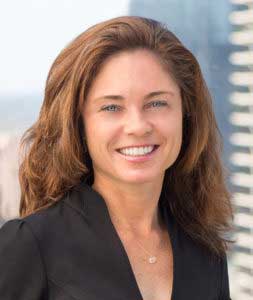 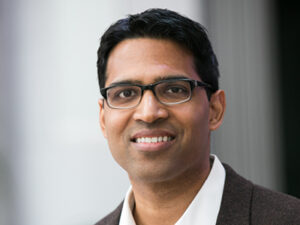 Sarang Peruri has been involved in over $10 billion in transactions during his career and over $1 billion in transactions while with Oxford. Peruri is engaged in multiple facets of the business including investor relations, deal origination, acquisitions underwriting, due diligence, project financing, project design, entitlements/planning, construction, and property operations. He is responsible for investment opportunities across the real estate spectrum and in the corporate private equity area. Prior to joining Oxford, Peruri worked in acquisitions and asset management at Sam Zell’s Equity International, focused primarily on real estate related platform investments in South America and Asia. Peruri began his career working in the investment banking division of Morgan Stanley in New York City. He graduated with an MBA in Finance and Real Estate from the Wharton School at the University of Pennsylvania, was a recipient of the Pension Real Estate Association Scholarship and the Robert Toigo Fellowship, and served as teaching assistant to Professor Jeremy Siegel. He also holds a B.S. in Finance from the College of Business at the University of Illinois Urbana-Champaign, graduating with Highest Honors and awarded the Bronze Tablet, and completed the yearlong General Course program at the London School of Economics. 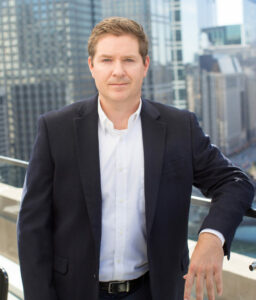 Brad Mulvihill is responsible for acquisitions and development and has been involved in more than $1 billion of hospitality transactions over his almost 15-year tenure at Oxford. He is also responsible for select investment opportunities across the real estate spectrum and in the corporate private equity area. Before joining Oxford, Mulvihill worked directly in real estate principal investing in the international development groups at General Growth Properties and Hyatt Hotels. He is a graduate of the Ross School of Business at the University of Michigan, where he earned a bachelor’s degree in business administration with an emphasis in finance and accounting. 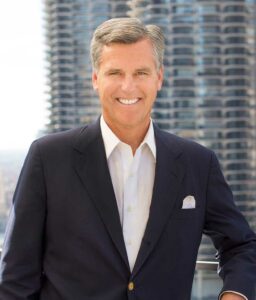 Oxford Capital was initially founded as a platform to take advantage of what he and a partner felt was a compelling secular arbitrage opportunity resulting from the dramatic overbuilding in the nation’s property markets, particularly the lodging sector, in the early to mid-1990’s. Since that time, in three major contrarian buying waves, starting during the RTC crisis in the early 90’s, again after the dotcom bubble burst / September 11 and after the “Great Recession” of 2008/2009, Oxford has participated in approximately $3B+ of real estate projects, with a primary focus on hospitality (13,000+ hotel rooms) and hospitality anchored mixed use projects including multifamily, retail, parking, senior housing (approximately 3,000+ units) and other operationally intensive forms of real estate. Oxford led transactions have generated in excess of $1.2B of profits for its principals and investors across three distinct lodging cycles since the early 1990’s.

John and his various projects have been nominated and/or won numerous awards over the years including: The Chicago Association of Realtor’s Hall of Fame, The Anti-Defamation League’s Arthur Rubloff Humanitarian of the Year, Ernst and Young Entrepreneur of the Year, Development of the Year, Redevelopment of the Year, Developer of the Year, National Hotel Development of the Year, America Lodging Investment Summit’s Single Asset Hotel Transaction of the Year, the Top City Hotel in the Continental US and the Historic Preservation of the Year award for Chicago and Boston, Crain’s’ 40 under 40, and Who’s Who. He has been a regular judge at the University of Chicago’s Graduate School of Business New Venture Challenge and a guest speaker at Northwestern’s J.L. Kellogg Graduate School of Management. Mr. Rutledge is a member: of the advisory board (and a founding investor) of Metropolitan Capital Bank Corporation; the World President’s Organization (WPO), where he was Chairman of the Global Hospitality Network, and previously Young Presidents’ Organization (YPO); the Economic Club of Chicago; the Commercial Club; an Emeritus member of the Auxiliary Board of the Art Institute of Chicago; The Urban Land Institute (ULI); the Advisory Board for the Polsky Center of Entrepreneurship at the University of Chicago’s Graduate School of Business; and St. Chrysostom’s Episcopal Church of Chicago. He is also a Trustee of The Chicago Architectural Foundation and a member of the Board of Directors at Ann & Robert H. Lurie Children’s Hospital of Chicago. A graduate of New Trier High School in Winnetka, Illinois, Mr. Rutledge graduated from the University of Michigan, Ann Arbor with a bachelor’s degree in Economics and an emphasis in Real Estate. He received his MBA from the University of Chicago’s Graduate School of Business with an emphasis in International Finance and Economics. He has also studied at Northwestern University, Harvard Business School (President’s Program) and Oxford University (Christ Church).

A devoted family man, John tries to live by a personal and professional ethos of integrity, discipline, hard work, a collaborative and empathetic style, a positive attitude, a growth mentality, an enthusiastic zest for all aspects of life and a belief that nearly anything is possible. He is a voracious reader who loves biographical, business, social, architectural, political and military history. He also enjoys chess, genealogy, art, cinema, classic boats, architecture, nutrition, the scouting movement and sports of all kinds including: triathlons, sailing, skiing (helicopter and racing), waterskiing (slalom and barefoot), racquet sports (tennis, platform tennis and a little squash), golf (not very often or very well and thus least proficient sport), swimming, scuba diving and world (and often adventure) travel, with highlights including a trip to the North Pole, scuba diving off the great barrier reef of Australia, elephant trekking in the jungles of Thailand and Africa, skydiving in New Zealand, helicopter skiing in the Rockies and a “trip around the world” just before business school. 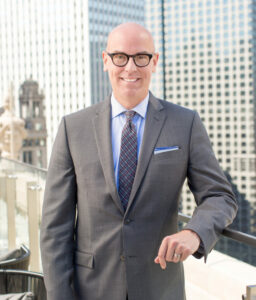 George Jordan serves as President – Oxford Hotels & Resorts, LLC, overseeing our growing national collection of hotels. He has held positions at multiple iconic hotels including the Arizona Biltmore, the Drake Hotel Chicago and LondonHouse Chicago. Mr. Jordan previously held the positions of Executive Vice President, Senior Vice President, and Area General Manager for Oxford Hotels & Resorts. Mr. Jordan rose through the ranks while attending college at the University of Southern California and Arizona State University, where he obtained a B.S. in Finance. Over the years, George has managed branded, chain affiliated, franchised, and fully independent hotels. His experience as Area Director of F&B for Hilton International for the Americas, adds to his expertise as a seasoned operator with strong acumen in Revenue Management, Sales & Marketing, Labor Relations. His daily duties include oversight of Oxford’s portfolio and in addition contributes his operational and marketing expertise to Oxford’s acquisition and development activities. George is a well-respected leader and a member of many Chicago civic organizations including Magnificent Mile Association (board member),Illinois Hotel & Lodging Association (board member) and on the advisory council of De Paul University’s School of Hospitality. Mr. Jordan contributes regularly as a guest author for Hotel News Now and for stress relief, enjoys working out at the gym, biking, and swimming.